Rarely does an endurance athlete dominate a sport like Nelson Multisport Athlete Elina Ussher.Ussher has won the prestigious Motu Challenge Multisport event nine times already and will be aiming to make it ten on the 8 October this year. 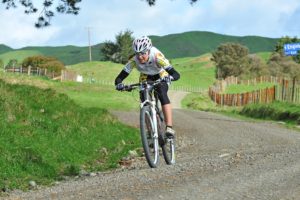 Rarely does an endurance athlete dominate a sport like Nelson Multisport Athlete Elina Ussher.Ussher has won the prestigious Motu Challenge Multisport event nine times already and will be aiming to make it ten on the 8 October this year.

Ussher’s fastest winning time was back in 2008 when she won in a blistering time of 8 hours and 22 minutes. Her grip on the event is impressive; out of the four stages she has the fastest individual times for the mountain bike (2011), road cycle (2014) and kayak (2009) legs.

The only stage record that eludes her is the run leg which Jill Westenra won in a time of 1 hour 20 minutes back in 1999. Although Ussher has won numerous events around the world she always comes back to compete in Opotiki. She loves coming to the event which obviously suits her cycling and kayaking strengths.

Ussher says “I really like the Motu Challenge course and I love coming to Opotiki. Opotiki is an awesome place and the people are always friendly and so welcoming.”

Ussher maybe the favourite for the women’s race but the men’s field is wide open with local Whakatane athlete Hayden Wilde competing in a team and previous winner Sam Clark still unconfirmed.

This year will be the first year that high school aged athletes have been allowed to enter the full multisport challenge. Race organisers have changed the rules to allow for experienced athletes to participate and prepare for the Coast to Coast event. One example is Oliver Thompson from Trident High School in Whakatane.

Thompson who will turn 16 a few days after the event has been preparing well, will make history if he completes the event for being the youngest ever finisher of the challenging event.

Race organisers have a few more changes for the 2016 event.

Event manager Mike van der Boom explains some of the changes “This year we have a new long course duathlon event which sees athletes ride the 65 kilometre mountain bike to Motu, then run 17 kilometres and finally cycle 90 kilometres back to Opotiki. Creating this new category was a bit of an experiment which has paid off, as we have 32 crazy people already entered.”

Another new event for 2016 is the Blue Light Mini Motu for kids. The Mini Motu Motu is a short off-road duathlon for children aged between 4 and 15 years of age. It starts and finishes at Memorial Park where the adults start and finish also.

‘The kids get to finish under the Motu Challenge Finish line gantry just like the adults’ comments Race Director Marty Madsen.

For more information about the event visit www.motuchallenge.co.nz 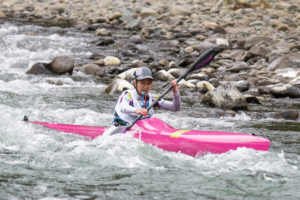