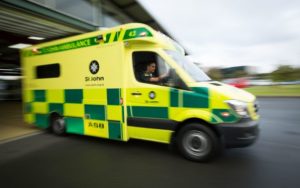 The driver of one vehicle has died at the scene and the other driver is in hospital in a critical condition.

Not long after, at 12.30am, Eastern Bay of Plenty Police attended a second fatal crash on Reid Road, Ruatoki.

The driver and sole occupant of a 4×4 vehicle has crashed, causing the vehicle to roll.

Both crashes are being investigated by the Police serious crash unit.

Police are working with next of kin to formally identify the crash victims and post-mortems are due to be held later today.

Both of these cases will be referred to the coroner.