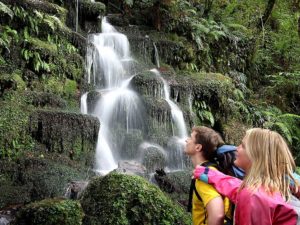 The announcement of Government funding for gateway tourist facilities has been welcomed by Whakatāne District Mayor Tony Bonne.

Minister of Tourism, the Hon. Paula Bennett, today confirmed that $100,000 will be provided to co-fund upgraded toilet facilities in Te Teko and a new facility in Murupara, as part of this year’s Regional Mid-sized Tourism Grant Fund allocations. The Whakatāne District Council will match that contribution.

Mayor Bonne says tourism is a fast-growing element in the District’s economy and the funding provided will play a key role in upgrading the infrastructure available for locals and visitors on two important gateway routes.

“Murupara is the gateway to the Whirinaki Forest and Te Urewera, which are two of the region’s – and the country’s – finest wilderness areas,” he says. “The new restroom facilities will provide a much-needed comfort stop for the increasing number of travellers visiting these largely untouched natural treasures. They will also serve to bring more tourists into the town centre and support the local economy.”

Community consultation will be undertaken to identify the best location for the new facility.

Meanwhile, the existing public toilet facility at Eivers Park in Te Teko will also be extensively upgraded. “Te Teko is the first township on the well-travelled eastern tourist route from Rotorua and this investment will ensure that visitors’ first impressions of the Whakatāne District are positive and welcoming,” Mayor Bonne adds.