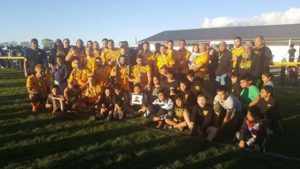 Te Teko has won the Baywide Rugby Divison One Final after a nail biting final clash with Ruatoki at Dunderdale Park this afternoon.

Fans from both sides were left hanging on the edge of their seats – and car boots and bonnets – as Te Teko lead by one point to the final whistle.

It was a tough game with both teams proving why they earn their spot in the final.

Meanwhile, Paroa has been dealt a close final against Aarataki,  with Arataki taking out the Baywide Premier 2 Final with a 16-15 win. 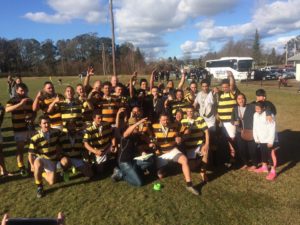 Opotiki will be returning home empty handed after a 32-10 loss against Waikite in the premier 2 Development Final.