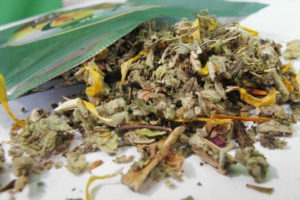 The Chief Coroner and Police are issuing a warning following at least seven deaths in July in Auckland which appear to be linked to the use of synthetic cannabis.

Chief Coroner Judge Deborah Marshall says in the last month Coronial Services have been notified of seven deaths, where the deceased is believed to have used synthetic cannabis recently or were found with the drug on them.

“I’ve also been advised by St John that there have been a significant number of non-fatal cases where people have been hospitalised after using the drug, which is known to cause potentially fatal seizures,” says Judge Marshall.

“While the Police and coronial investigations are still at an early stage, and the final causes of death have yet to be established, the number of cases where synthetic cannabis appear to have been a contributing factor has prompted me to issue this public warning,” says Judge Marshall.

This is not an issue unique to Auckland.

Police are also concerned at the impact of synthetic cannabis in other communities in New Zealand.

Police are also releasing CCTV footage which shows an incident in Auckland’s CBD earlier this year where a male was violently ill and could barely stand after smoking synthetic cannabis.

Detective Inspector Gary Lendrum says Police have released this footage to highlight the effects that synthetic cannabis has, and the significant harm it causes in communities.

“We have grave concerns as users don’t know what poisonous chemicals they are potentially putting into their bodies when they’re smoking this drug,” says Detective Inspector Lendrum.

Tests conducted of the synthetic cannabis itself have shown that it can be very dangerous, with the possibility that some products can also be laced with other unknown chemicals.

“Police have been conducting multiple search warrants and arrests of individuals from across Auckland.

One synthetic cannabis operation in Avondale has resulted in 12 arrests over the past few months.

It is a dangerous, illegal substance and we will arrest those who are selling this harmful drug and place them before the Courts,” says Detective Inspector Lendrum.

“What we need from our community is for them to tell us if they know who are selling these drugs.

You can visit or call your local Police station or call Crimestoppers anonymously on 0800 555 111.”

“We as a community need to work together to stop this drug before another life is taken.”

Please note that the CCTV footage will be available on the Auckland City, Waitemata and Counties Manukau Facebook pages.