Suite of alerting tools put to the test 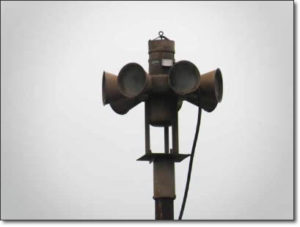 Text alerts, the Red Cross hazard app and Facebook were some of the alerting tools put to the test by Civil Defence this morning as part of a Bay of Plenty wide check. Vehicle mounted sirens were also tested in specific areas and fixed sirens in the eastern Bay.

“When there is sufficient time to qualify information about a natural hazard, tools like our text alerts are very effective at letting subscribers know if there is a significant emergency in the region and what to do. We also had some great engagement on social media, reiterating how important tools like Facebook have become,” says Mr Naude.

“Based on the feedback received so far it appears that some texts were delayed. Unfortunately this is out of our control. While our system effectively sent out the text alert at 10am, the time people actually receive the text depends on a range of variables and the telecommunication provider networks to deliver the message,” says Mr Naude.

“At the end of the day no technology is 100% failsafe which is why we use multiple platforms to reach the community. This is also why we emphasise that no system replaces the need for people to understand the natural warnings. For example if there is an earthquake that lasts longer than a minute or is strong enough to knock you off your feet, think Long, Strong, Get Gone! And head immediately inland or to higher ground,” says Mr Naude.

For those who haven’t subscribed to Civil Defences text alert system, make sure you subscribe by texting the two letters for the area you live in (TA for Tauranga, WB for Western Bay of Plenty, KA for Kawerau, WH for Whakatāne, RO for Rotorua and OP for Ōpōtiki) to 2028.