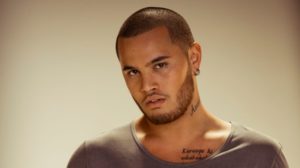 Presented by Pato Entertainment, ONE LOVE is a two-day celebration of music, which attracts 20,000 people from across New Zealand and from around the world. It will take place on Auckland Anniversary weekend – January 27 and 28, 2018, at Tauranga Domain.

Today’s announcement completes a stellar bill for the 2018 extravaganza, which includes some of the biggest names in roots, rock and reggae, from Shaggy, MAGIC!, J Boog, Common Kings and Black Uhuru. See below for the full line-up.

Without question one of New Zealand’s most-talented entertainers, Stan Walker is guaranteed to be a popular drawcard at next year’s festival. Since winning Australian Idol in 2009, Walker has gone onto make five critically-acclaimed studio albums. He’s released a string of hits that have been blasted on radio, including his current single ‘New Takeover’, and has appeared in films such as ‘Mt Zion’ and ‘Born To Dance’.

After a mindblowing performance at ONE LOVE 2016, Kora returns to the fold, proving that they’re still one of Aotearoa’s most beloved acts. Masterfully weaving funk, rock, reggae, metal and hip-hop, they’re a force to be reckoned with and band you’ll never tiring of seeing live.

The same can be said of Wellington’s masters of reggae, Tomorrow People, who have earned their reputation as one of the hardest working bands around by constant touring throughout New Zealand, Australia, the Pacific and further afield.

Taking the prize for the youngest artist on the line-up is the one and only General Fiyah. The 11-year-old took the world by storm last year when he wrote and fronted the catchy Three Houses Down smash hit ‘Love and Affection’. The song’s video has since clocked more than 1.5 million views on You Tube. Three Houses Down are also on the line-up and continue to be fan favourites wherever they perform.

Rounding off today’s second line-up announcement are two exciting acts taking the local reggae world by storm, Lomez Brown and Tyneegiant. Both acts supported Tomorrow People on their last tour and both are up-and-comers tipped as must-sees at the 2018 festival.

Having sold out for the last two years in a row, ONE LOVE promoters are urging festival-goers to get in early to secure tickets.

Tickets on sale from http://onelovefestival.co.nz