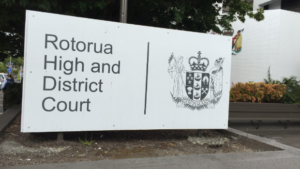 A second man has been arrested and charged with being an accessory after the fact of murder, in relation to the death of Don Henry Turei Junior.

Police are conducting a homicide investigation after Mr Turei was killed in a crash on State Highway 35, opposite the Raukokere Marae, near Te Kaha, on November 26th 2016.

Today the 32-year-old man was arrested in Rotorua and charged.

He will be appearing in Rotorua District Court today.

This comes after a 33-year-old Te Kaha man was arrested and charged with being an accessory after the fact of murder on May 17th 2017.

These two arrests demonstrate that Police are making progress in this homicide investigation.

No further information is available at this time.