Rates increase for some 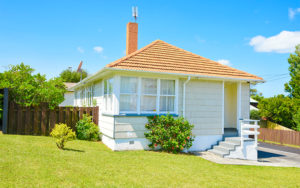 Last year’s District revaluation will have widely varying effects on rates bills across the Whakatāne District in the 2017/18 year.

QV’s revaluation saw the average capital value (CV – the value of land and improvements) of all properties increase by 14.7 percent from the previous valuation in 2013, but values in some communities and sectors showed considerably larger gains, which will be reflected in increases in the property rates components which are calculated on capital value.

Rates modelling examples presented at last week’s Whakatāne District Council Policy Committee meeting saw elected members express concern at the potential impact of the revaluation on rates affordability for some ratepayers. Mayor Tony Bonne said that while the increased capital values were good news for owners, people whose property values had increased by more than the District average would face higher rates increases in the next financial year.

“It’s an unfortunate outcome of the way rates are calculated, which we face every time the District revaluation finds that there have been disproportionate capital value increases in some areas,” he said.

“In the 2016 revaluation, that was most notable in Edgecumbe, Ōhope, Matatā and in high-value commercial/industrial and rural properties, and as a result, rates for properties in those areas will increase by quite a lot more than the estimated 2.89 percent average increase forecast for the District as a whole.”

Mayor Bonne said that while it was pleasing that the draft financial forecasts for the 2017/18 Annual Plan indicated a substantially lower rates increase than the 3.55 percent set out for the year in the District’s Long Term Plan, the effect of the revaluation would unfortunately create some distortions.