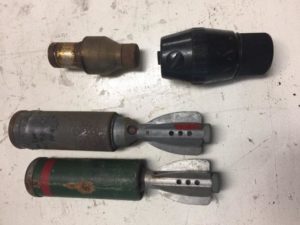 Police are urging the public to exercise caution when collecting war memorabilia, following an incident in Bay of Plenty earlier this week.

Whakatane Police were called on Wednesday 26 July following a report of a leaking mortar that was on display at a local club.

A number of other items on display were also deemed to be unsafe.

These items were disposed of by the Explosive Ordnance Disposal team.

While these items were deemed to be memorabilia, unfortunately, no one had been able to confirm if they were safe to have on display.

This serves as a timely reminder to always check with a professional if you want to collect war memorabilia and avoid significant risk to yourself and others.

If you have concerns about an item in your home or on display in public, please do not attempt to move the item but call Police immediately.