The Original Gypsy Fair is back in Whakatane and will be open to view tomorrow morning. 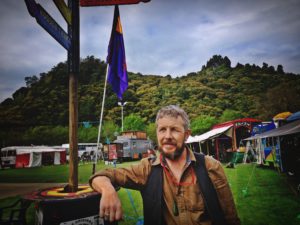 The Original Gypsy Fair is back in Whakatane and will be open to view tomorrow morning.

Fair Field Manager Gavin Mackenzie said while a number of other gypsy fair’s had sprung up over the years, the Original Fair was the only one dating back 25 years. “And that’s in its current form, it actually dates back a lot further than that,” Mackenzie said. The fair travels for nine months of the year and is usually in Whakatane in October.

“We decided to change things round and instead of coming to Whakatane after Gisborne, we’ve come here first.”

When visited by New Whakatane, there was a lot of laughter coming from the Gypsy Fair team as they went about setting up their stalls. The fair opens at Rex Morpeth Park at 9am tomorrow and Sunday and runs through until 5pm.