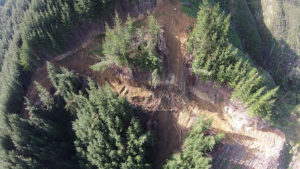 A forestry company, Forest Owner Marketing Services, has been fined $33,520 as a result of environmental issues that arose during its forest harvesting operation on land south-east of Ōpōtiki.

Two contractors engaged by Forest Owner Marketing Services were also fined for their role in the offending.  Gaddum Construction Limited was fined $15,000 and Chance Brown was fined $10,500.

The charges are related to unlawful sediment discharges to land in circumstances that may have resulted in that sediment entering streams in the forest.  The offending occurred between 23 October, 2014, and 28 May, 2015, when the defendants were carrying out forestry harvesting work and associated earthworks in a pine forest at Tirohanga.

Regional Council Pollution Prevention Manager Nick Zaman says the resource consent for the forestry harvesting operation that the defendants were relying on contained a number of conditions that were intended to manage potentially adverse effects caused by erosion and sedimentation.

“The damage that was caused to the streams in the forest in particular was exactly what the consent conditions were designed to avoid.  As the principal logging contractor responsible for the operation, Forest Owner Marketing Services knew better and has been convicted accordingly”, he says.

Bay of Plenty Regional Council was first made aware of the compliance issues when a member of the public reported seeing sediment in the stream south of the forestry block.  A subsequent council investigation revealed that poor environmental management during the harvesting had left the site prone to erosion and sediment discharges.

The Regional Council engaged an independent contractor to carry out remedial work in the forest at the end of 2015 at a cost of approximately $17,000.  Forest Owners Marketing Services has undertaken to reimburse the Council for the cost of these remedial works.