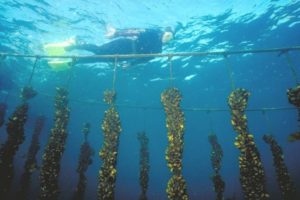 Long Term Plans fulfil a legislative requirement and are an important way for Councils to look into the future and plan for the coming ten years or longer. Underpinning these plans are a number of assumptions about things like population growth or decline, employment changes and rateable assessment changes.

Consultants Martin Jenkins provided the Report to estimate population growth in the district over the 10 year period. They considered a wide range of factors including Statistics NZ scenarios (projections based on births, deaths and migration), primary school rolls, number of building consent applications and conversations with a wide range of stakeholders and businesses.

“By in large, the historical factors indicate that the Opotiki population should be shrinking, even if only by a handful or so each year for the coming ten years. But when the report looks into the potential for economic growth in the coming decade, it is quite a different story.

“To be frank, the numbers are very big. The paper looks at the growth that the aquaculture industry is already achieving and adds on to it the additional expansion that is in the pipeline. It also adds the growing opportunity and jobs in the kiwifruit and Manuka industries. Together these add up to significant population growth,” Mr Forbes said.

Martin Jenkins provided similar information in advance of the previous Long Term Plan but the current Report notes that the population growth assumptions had increased significantly since then ‘as a result of known developments such as the harbour redeveopment and associated aquaculture processing, and primary sector growth in the kiwifruit and manuka areas.’ The Report takes a conservative approach leaving out possible growth through the Whakatohea Treaty settlement, growth in tourism or other economic development opportunities.

Using this approach, the Report projects population growth in the district of 2.1% each year in the coming 10 years (a total of 2,182 people).

“It is important to remember that this growth is from a number of factors – these are people moving to Opotiki and not moving away from Opotiki because we have jobs to attract them and keep them. This is a growing and prospering Opotiki and one we have been working towards for a long time.

“In the aquaculture area alone, recent work by the Cawthron Institute looking into opportunities in our offshore waters, showed the possibility of up to 20,000ha of aquaculture farming off the coast. That puts the development potential at least four times what we originally estimated in terms of area, production, employment, exports and GDP contribution.

“And boots are already on the ground – we are planning for what we’ll need to meet this – training, pathways to work, housing and accommodation, infrastructure and services. We have been building a solid foundation for this for a long time and it is in the coming years we’ll start seeing the benefits,” Mr Forbes said.

The full report is available on the Ōpōtiki District Council website.