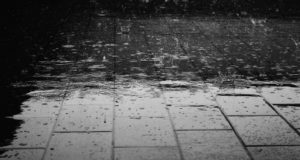 This year has been a challenging one on the weather front, with extreme rainfall amounts recorded across the north and east of the North Island, and along the eastern South Island.

“For many of us, 2017 may well be remembered as the year it didn’t stop raining,” said MetService meteorologist Georgina Griffiths.

Many locations in the upper North Island, and along the eastern South Island, have already received more than their usual annual quota of rainfall, in only the first nine months of the year. Tauranga, Te Puke, Hamilton, Gisborne, Rotorua, Taupo, Paraparaumu, Christchurch and Ashburton have all received more rain so far in 2017 (in 9 months), than is typically received across an entire year.

“January to September rainfall records have been smashed in the Waikato and greater Bay of Plenty region,” commented Griffiths. “It has also been an extremely wet year-to-date for Auckland.”

Looking ahead, the wetter weather is forecast to continue for much of the country next week, with western and northern regions seeing the worst of it. “Lows continue to target New Zealand. It is almost like we’ve got a bulls-eye on our back.” For all those farmers and growers out there, MetService recommend checking in with the October Outlook, and keeping in touch with the rural forecasters on social media.